Hello there, this is a custom widget area, you can add anything here or in mollis est fringilla non. Vestibulum et felis lacus. Curabitur sed.

Welcome to my blog 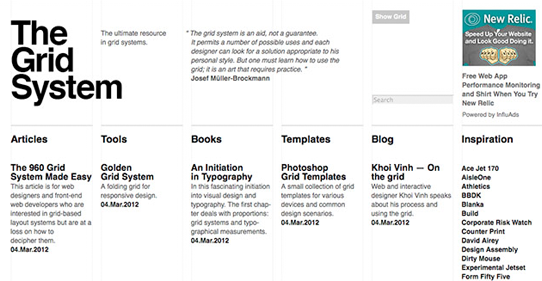 Today we will share 20+ best free responsive grid system frameworks, responsive grid system tutorials and tips. One of the hardest problems for web designers is creating bone structure before starting a new website. So it is taking too much time for web designers limited time. Some of web developers are knows this issue and they are creating new systems for allow designers to create their bone structure in less time. One of most important one of them is grid system. I wrote an article for you about 20+ professional, multi functional and free responsive grid systems ready to use. I also added some of my own works and they all are 100% free and also supports HTML5 and CSS3 they supoorting all mobile applications like cell phones, tablets, netbooks and notebooks.

So 20+ professional and 100% free responsive front end frameworks are listed below. I hope this article will help you web designers or new begginers for create their projects in less time. Please share this article with your friends and bookmark us for fast visit later.

Our last article was about How to get more subscribers on Google Feedburner. If you are looking professional responsive design framework systems for your next projects, don’t forget to check this article.

Gumby 2 is built with the power of Sass. Sass is a powerful CSS preprocessor which allows us to develop Gumby itself with much more speed — and gives you new tools to quickly customize and build on top of the Gumby Framework.

Susy is based on Natalie Downe’s CSS Systems, made possible by Sass, and made easy with Compass. You can use it anywhere, from static sites to Django, Rails, WordPress and more.

Foundation 3 is built with Sass, a powerful CSS preprocessor, which allows us to much more quickly develop Foundation itself — and gives you new tools to quickly customize and build on top of Foundation.

Skeleton is a small collection of CSS files that can help you rapidly develop sites that look beautiful at any size, be it a 17″ laptop screen or an iPhone. Skeleton is built on three core principles:

The 960 Grid System is an effort to streamline web development workflow by providing commonly used dimensions, based on a width of 960 pixels. There are two variants: 12 and 16 columns, which can be used separately or in tandem.

The grid system is an aid, not a guarantee. It permits a number of possible uses and each designer can look for a solution appropriate to his personal style. But one must learn how to use the grid; it is an art that requires practice.

The 1140 grid fits perfectly into a 1280 monitor. On smaller monitors it becomes fluid and adapts to the width of the browser.

The Responsive Grid System isn’t a framework. It’s not a boilerplate either. It’s a quick, easy & flexible way to create a responsive web site.

Golden Grid System (GGS) splits the screen into 18 even columns. The leftmost and rightmost columns are used as the outer margins of the grid, which leaves 16 columns for use in design.

Set column and gutter widths, choose the number of columns, and switch between pixels and percentages.

MUELLER is a modular grid system for responsive/adaptive and non–responsive layouts, based on Compass. You have full control over column width, gutter width, baseline grid and media–queries.

The variable grid system is a quick way to generate an underlying CSS grid for your site. The CSS generated file is based on the 960 Grid System.

With the verboseness of properties and values like margin, padding, floats, and clears, CSS actually gets in the way of figuring out how to layout our content.

Thanks for read our article. I hope so you like our first article for about framework systems and responsive design tips. Please don’t forget to share this article with your friends also bookmark us. Enjoy.

Hey folks, this is Singhal from India. i am 29 years old. I’m providing web design and development contents for Weblees.com! Please don't forget to add us on Google + 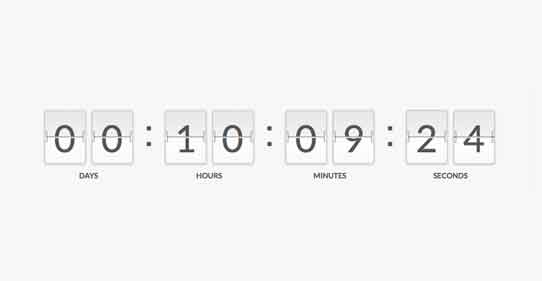 If you are looking a professional free jQuery countdown timer scripts and plugins for your works,…

END_OF_DOCUMENT_TOKEN_TO_BE_REPLACED

This site uses Akismet to reduce spam. Learn how your comment data is processed.